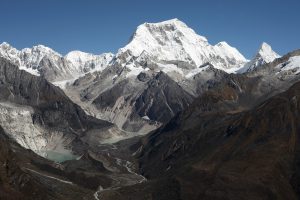 The Kingdom of Bhutan lies hidden in the folds of the eastern Himalayas between the two giant countries of China (Tibet) to the north and the Indian territories of Assam and West Bengal to the south, Arunachal Pradesh to the east and Sikkim to the west. With a total area of 38,394 sq. kilometers, Bhutan lies between 88° 45’ and 92°10’ longitude East and 26°42’ and 28°15 ’ latitude North.

Bhutan is a mountainous country except for a small flat strip in the southern foothills with hot and humid summer. The valleys in the central and the northern parts are separated by mountains as high as 7200 meters. Location Bhutan is located in the southern slopes of the eastern Himalayas, the kingdom is landlocked between the two great Asian civilizations, Tibet (China) to the north and the Indian States of Assam, Arunachal Pradesh, Sikkim & West Bengal in the East, West, & South. 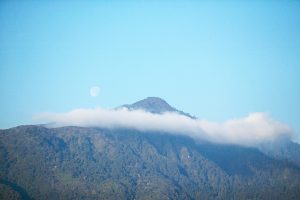 The country lies between latitudes 26′ 45’N & 280″ 10’N, and longitudes 88′ 45′E & 92′ 10’E. It has a total area of 38,394 square kilometers. Topography Bhutan’s physical geography consists mostly of steep and high mountains crisscrossed by a network of swift rivers, which form deep valleys before draining into the Indian plains.

The land raises from 200 meters above sea level in the southern foothills to 7000 meters high northern mountains. Within this latitudinal range are found a diverse biodiversity rich enough to be considered as one of ten global environmental ‘hotspots’. About 72.5 per cent of the area is under forests, and it is constitutional mandate to maintain 60 per cent forests cover for all times to come. 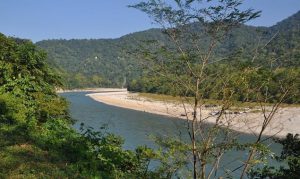 The climate varies hot subtropical in south to cold alpine slopes in the north. Human settlement is confined mostly to interior river valleys and a swath of southern plains; nomads and other tribes live in the north, raising sheep, cattle and yaks. Bhutan straddle two major bio-geographic realms, the Indo-Malayan realm consisting of the lowland rain forests of South and Southeast Asia and the Pale-arctic realm consisting of conifer forests and alpine meadows of northern Asia and Europe.