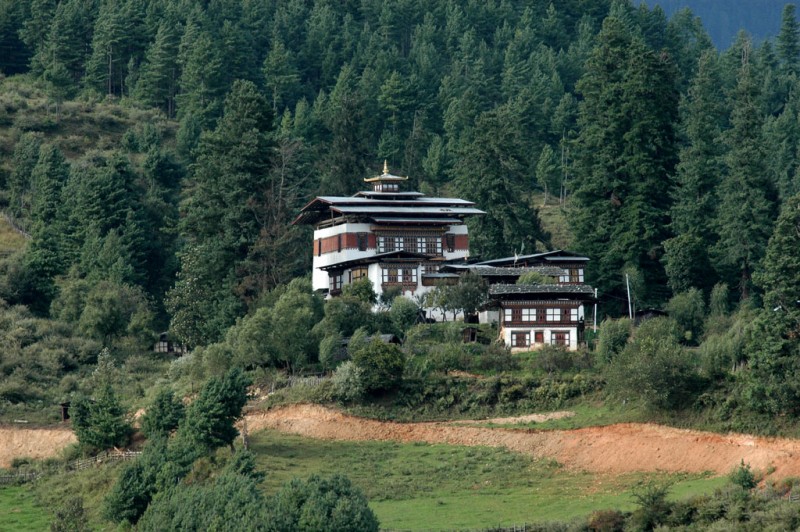 Buli is located on a knoll to the left of the road while driving down from Yutola pass into Chumey valley. A rough access road leads to the temple, which is surrounded by a village. It was founded in the 15th century by Choeying, the “heart son” of the great religious figure Dorji Lingpa (1346-1405) and extended in the early 20th century. From 2002 to 2005, it was restored by an American NGO, the American Himalayan Foundation which also taught conservation techniques to the locals.

The original temple was extended in the beginning of the 20th century and has the typical courtyard surrounded by outer living quarters of the time. Buli has three main temples. The Jokhang downstairs has beautiful pillars, paintings and statues dating back to its construction. The two temples upstairs were restored in the early 20th century and have respectively, the Buddha of the Three Times and the three longevity deities as their main statues. Both temples have good paintings. Buli plays an important role for all of this part of the Chumey valley and holds a festival the Bula Mani every two years.