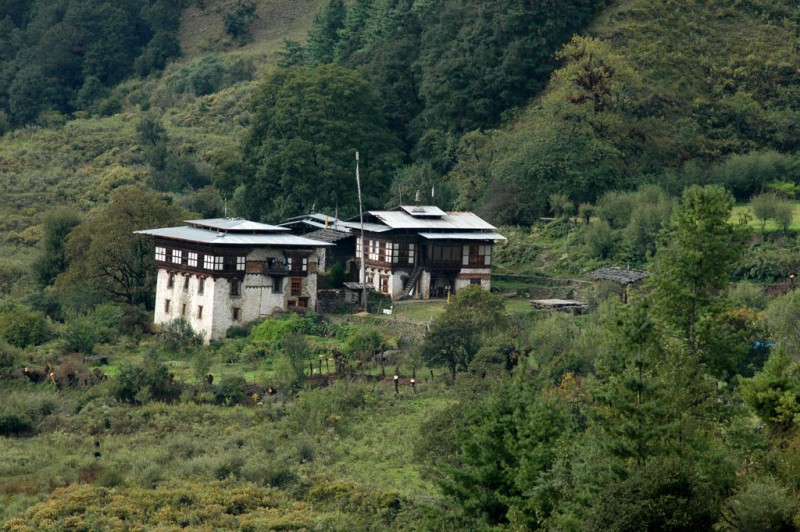 Ngang Lhakhang (Swan temple) was built north to the upper Choekhor valley in 15th century by a Tibetan lama Namkha Samdrup. It takes about one hour by car. Ngang Lhakhang is a private temple. The history behind its name was, while the master walked down south and when he reached the place where the temple stands today, a beautiful swan flew in circles and landed there. The Tibetan Buddhist Master considered this an auspicious sign and decided to build his residence. here. At the time of Bhutan’s first King, it was taken over by one of the lama’s collateral lineage and restored in the 1970s. The temple looks like a large farm house, typical of the rural religious architecture, has two storeys and is preceded by a large courtyard. The lower temple has beautiful statues of Guru Rinpoche as padmakara with his two consorts. The upper temple is dedicated to protective deities’ three deities of long life (Amitayus, Tara and Usnishavijaya) and houses the masks for the festival.