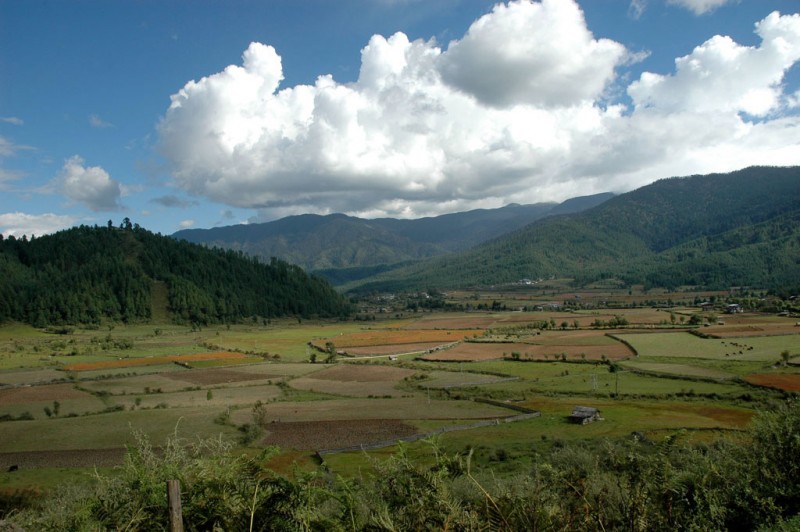 This temple is built at the foot on a cliff or rock which has numerous marks which looks like tiger stripes, hence the name of the temple ‘the one with drawings like a tiger’. The temple looks like a large house. A smaller house has been built next to it at the beginning of the 21st century for nuns and meditants. Guru Rinpoche in the 8th century is said to have meditated in the cave near the present temple. At the end of the 14th century, Pema Lingpa discovered a “treasure” in form of vase filled with long life water. Local belief has it that the deity of the rock attacked Guru in the shape of the tiger and that Guru changed it into a rock. It is also believed Guru’s consort died there. It contains some beautiful paintings; including a remarkable image of the famous yogi Milarepa (12th century).The paintings also depict the Zangdopelri, the paradise of Guru Rinpoche, Guru and his eight manifestations, the Kagyupa master Gampopa as well as the Zhabdrung Ngawang Namgyel and the Drupa Kagyu lineage. The main statue is Guru Rinpoche and his eight manifestations. A large rock below the road is said to have a body imprint of Guru Rinpoche and his consort. It is an important pilgrimage site for all the people from all walks of life.