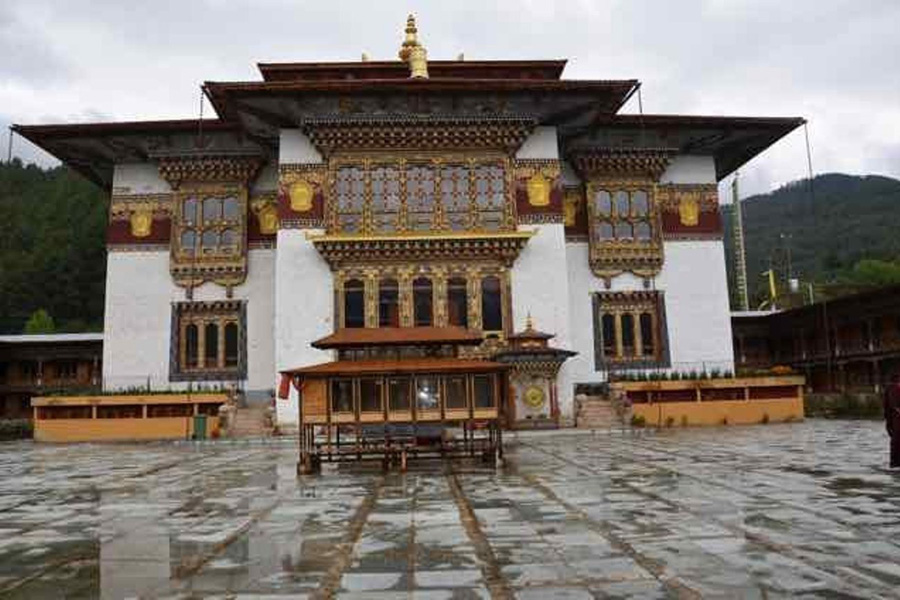 It was built in 8th century by Tibetan King Thtison Detshen and restored in the 15th century by Lam Pema Lingpa. In the temple are three small statues of past, present and future Buddha, flown in from Kheni Lhakhang in the east. There is a huge, heavy bell (said to be stolen from Tibet) in the temple and it is said that when bell is rung, its sound can be heard from as far as Tibet. There is a crack on the bell – caused when the Tibetan militias dropped it when they unsuccessfully attempted to remove it from the temple. The temple contains three main statues, center Buddha Vairocana, on the left is Chenrize and on the right of Vairocana is Guru Rimpoche.